Helping you identify all your pieces 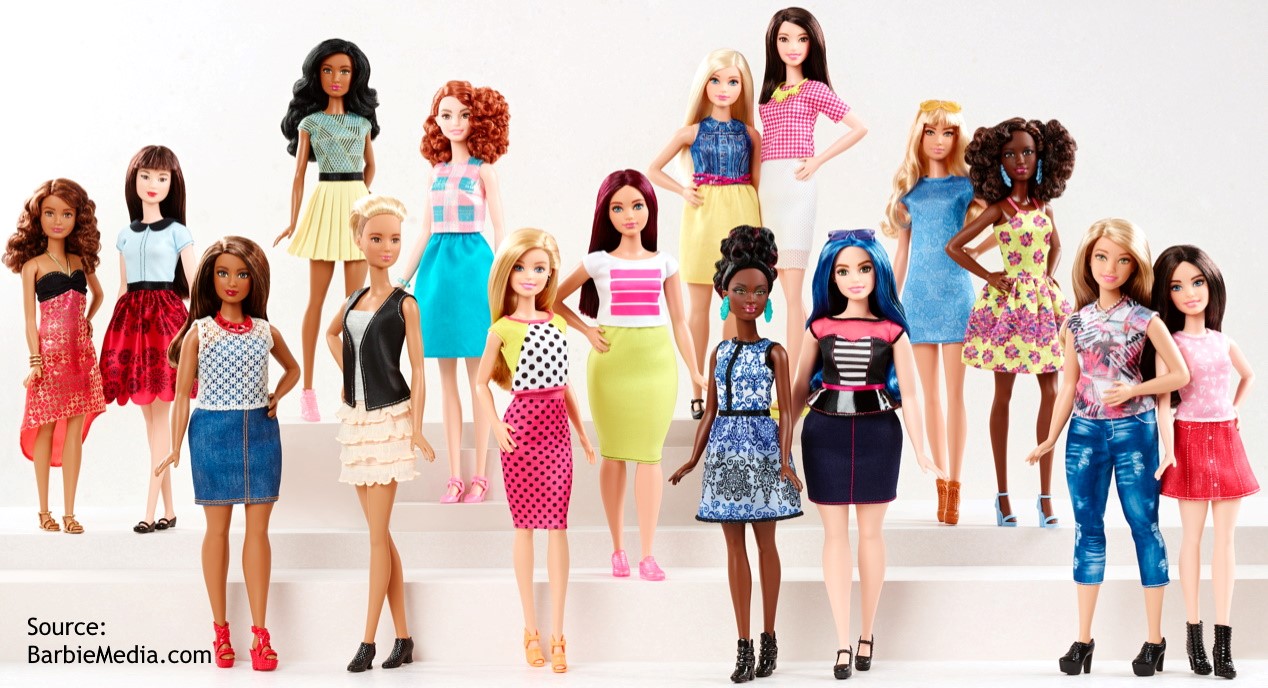 An exciting change for toy play line collectors came in 2015 when Mattel debuted the flat foot barbie and Made to Move Barbie, a doll that could wear both flat and high heels due to the pivot ankle. The first four Made to Move dolls went on sale online November 1, 2015, but is part of the 2016 retail year. Two additional Made to Move dolls went on sale June 2016. All six were dressed in similar style athletic type top and leggings. The dolls were named according to their top color, not hair color nor ethnicity. Barbie wears a pink top, the purple top doll has Asian features. Blue top Made to Move doll has brunette hair and a deeper Hispanic skin tone. African American doll has a light green top. Light blue top doll with red hair and Orange top doll with deep skin tone and blonde hair debuted in June 2016. I think this is the first time Mattel officially referred to dolls by their clothing color, rather than names, ethnicity or hair color. In 2016 Mattel debuted three new body types. The new body types were covered extensively by media. Time magazine (which I think was still published at the time) put the new doll on it’s cover. Read about it here. This lead to major changes in the packaging of Barbie fashions and shoes. The new dolls retailed at $9.99 USD. The lower price made the dolls affordable for most families in the United States.

Barbie Expands Doll Line, Adding Three New Body Styles
Today, Barbie is announcing the expansion of its Fashionistas line with the addition of three new body types – tall, curvy and petite – and a variety of skin tones, hair styles and outfits… The new 2016 Barbie Fashionistas doll line includes four body types (the original and three new bodies), seven skin tones, 22 eye colors, 24 hairstyles and countless on-trend fashions and accessories. Adding more diversity into the line continues the journey that Barbie started in 2015 when the brand added 23 dolls with new skin tones, hair colors and, most notably, a flat foot. “Barbie has always given girls choices – from her 180 careers, to inspirational roles, to her countless fashions and accessories,” said Evelyn Mazzocco, Senior Vice President and Global General Manager Barbie. “We are excited to literally be changing the face of the brand – these new dolls represent a line that is more reflective of the world girls see around them – the variety in body type, skin tones and style allows girls to find a doll that speaks to them.” The new dolls can be viewed on Barbie.com and will be available to order on January 28, 2016 on Shop.Mattel.com in the U.S. The collection will be available starting in spring 2016 at major toy retailers worldwide.
Text above an excerpt from Mattel press release January 28, 2016 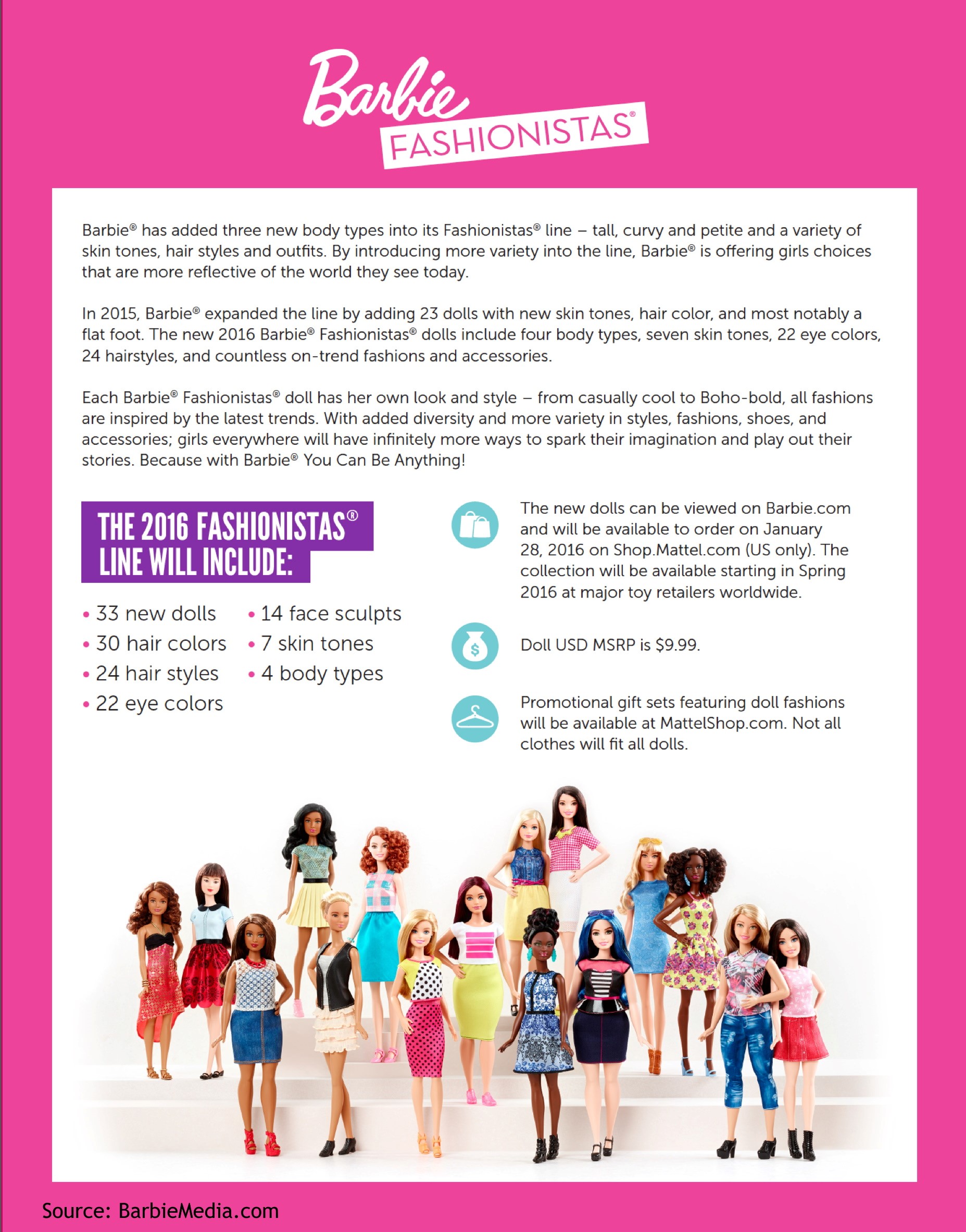 Hey Doll Fans! Looking to add to your collection? Please use these buttons to start your search:

BarbieReference.com is ad-supported. When you buy through links on our site, we may earn an affiliate commission (at no cost to you), which helps to keep the site online and updating.